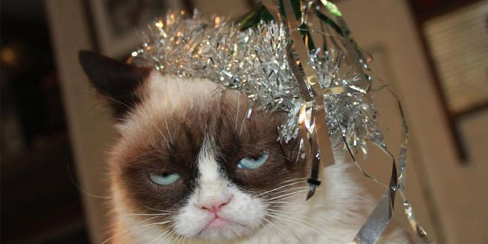 Mew Year Day is the time for owners to appreciate their graceful and regal pets, and for cats to ponder the “mewness” of their upcoming year.

Everyone looks forward to ushering in the New Year, but the party is not over on January 1. If you own a cat or are thinking about adopting one, January 2 is the annual “Mew Year Day”, and a great opportunity to celebrate those furry felines that are so loved.

Who’s in charge: cats or people? Interesting that Stubbs the Cat Was Mayor of Talkeetna, Alaska for 20 Years. According to Wikipedia, Stubbs attracted 30 to 40 tourists a day who were all eager to meet the mayor. While that may not sound like a lot, the total population of Talkeetna in 2010 was 876 people so that’s actually quite the flood of people. While Stubbs seemed to be a fair mayor, he was known to indulge from time to time. It’s reported that every afternoon, Stubbs would visit a local restaurant where he drank catnip-infused water out of a wineglass.